For the people who started following my blog because it seemed like it would be about food, and vegetarianism: There will be some posts on food. But as I explained in the beginning, my daughter and I settled on our title (really, the first one I thought of; it just stuck) mainly because it was funny (to us, anyway), and because it gets at one aspect of living in a foreign country: the dietary differences.

One of the things I love the most about being in a new country is going to the grocery store. Even if I’m just passing through as a tourist, markets, grocery stores, and supermarkets are at the top of my list as tourist destinations. One of the fascinating things for me is where food comes from. I talk to my Environmental Sociology class at UCSD about the phenomenon of “food from nowhere” – the tendency for people to not think about where their food comes from (the grocery store, of course!), and how corrosive that has been for our food systems, globally and locally. Food is a big part of our collective carbon footprint, the impact we have on our environment that is accelerating climate change. It’s also a huge part of economies and livelihoods the world over. Everyone needs to eat. So one of the things I pay close attention to is where food comes from.

In Ulaanbaatar, like many places in the world now, the answer is “from all over.” Instead of food from nowhere, we have food from everywhere. This post is going to be a quick guided tour of my refrigerator and cupboard, as well as what I’ve seen in the supermarkets and grocery stores I’ve been to. We have several nearby options for food shopping: Tenger Plaza, which is a pretty big supermarket (though small by California standards), a couple of mini-markets across the street, and Nomin, which sells groceries as well as electronics and household items. There’s also a small produce store across the street that I just found out about the other day, when we were on a dinner outing with new faculty from my university. So yes, there’s produce, too! Gosh, so much to write about.

One of the strangest things I’ve come across so far was in a store called “Good Price Market,” which has a logo kind of like the Whole Foods markets of the US, probably intentionally. It’s very upscale, with imported food from the US and Europe, and assorted other places, as well as some locally produced food. I’ve only been in once, but it sells Emma’s favorite kind of mac and cheese (Annie’s organic), so I will probably be going there again. The one time I went, I found this: 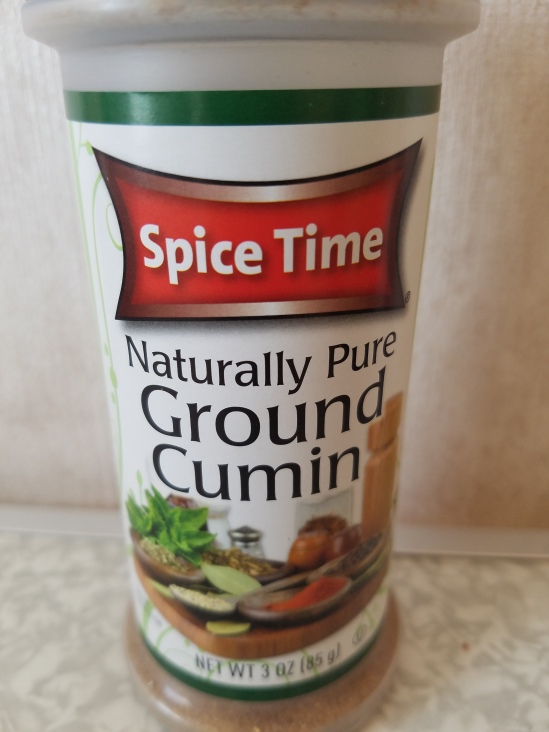 A bottle of cumin from Bayonne, New Jersey, USA. The cumin obviously was only packaged in Bayonne; who knows where it really came from. But think about it: Cumin grown somewhere (China?), probably processed somewhere else (in China?), imported to Bayonne, NJ, then shipped all over the world (Mongolia!) in boxes of glass bottles. How wasteful is that, when China is next door? But then, I’m trying to avoid buying food from China, because it’s got a lot of problems, so I might not buy it if it were labelled China. (I didn’t buy it, anyway, because I already had cumin from…Russia…but wait, where did that come from?)

Speaking of China, the weirdest food item so far has been shrink-wrapped ears of corn. I didn’t buy them at first, because there were other better-looking fresh foods to buy, but then one day I thought I would try one. Corn on the cob is just about Emma’s favorite food, and we hadn’t seen any here. So I brought one home from the supermarket and boiled it in water. Let’s just say I’m never buying that again. Emma compared it to eating a car tire. She took one tiny bite (two kernels) and spit it right out. I ate the whole thing, but I think it would have been better in soup.

One of the main sources of imports is, predictably, Russia, as well as former Soviet republics and Eastern Europe. So there’s the Polish pasta sauce, which we bought when the American cans of Del Monte ran out and the Italian Barilla sauce turned out to be kind of disgusting. The Polish sauce is a bit weird too—it seems to have had starch added, so it’s extra gloopy—but Emma deemed it edible. We’ll keep looking. Last night we had it for dinner with the pasta made in Kazakhstan. From Russia, there’s Tess Pina Colada and Ginger Mojito green teas, Jockey coffee, and our obligatory jar of Nutella, among other things. We also have Peacock corn flakes from South Korea (bought at e-Mart, along with our soy milk and tofu), Hosen kidney beans from China (until I found some Belle France cans, from—you guessed it!—France), and Pasta Zara from Italy. I also drink a lot of tea, so besides the Russian green tea, we have Belle France tea from Spain, linden tea from Turkey, and chamomile tea from Germany, as well as black tea from India, and a local green tea with cranberry leaves. Which brings me to the local food, of which there is plenty. Of course, bread, eggs, milk, and yogurt are from Mongolia. And our honey, jam, oatmeal, barley, and buckwheat seem to be locally produced as well. 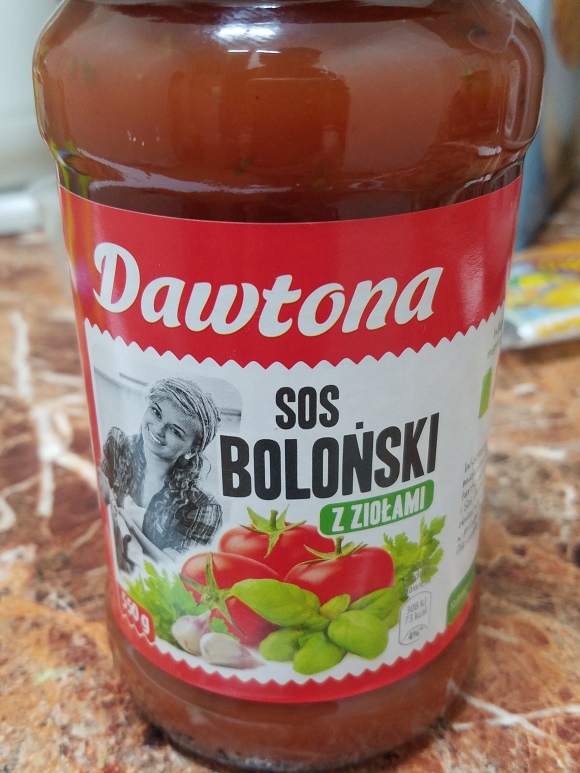 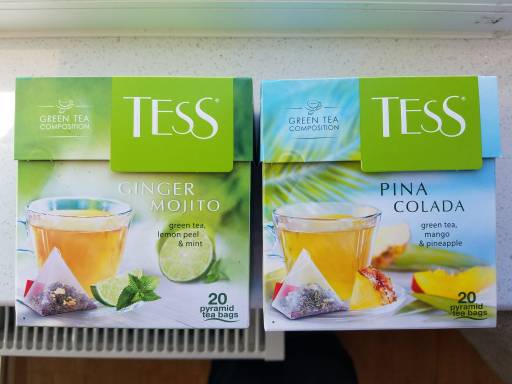 This Belle France tea is made in Spain.

So, we’ve got food from everywhere here. As we stay longer, I want to try to increase the share that’s produced locally, especially as I find more places to shop. I will write another post (probably several) about the amount of waste we’re generating with our food consumption here. The packaging especially. I got used to reducing packaging as much as possible in California, but here, especially with where and how we shop, I’ve got a lot more garbage than I’m used to. Also, no composting (we live in an apartment building), and I am not sure about the recycling situation. There was a big box for plastic bottles in the basement, but it disappeared, and while there is also a bin labeled for recyclables, people seem to throw all trash mixed with recyclables into both bins. I am still figuring out what recycling facilities exist here in Ulaanbaatar.

But, like I said, that’s another post. As is cooking on a single hot plate. Really, I haven’t been making many actual meals here yet, though we don’t eat out, either. It’s beans and rice, or pasta, or (now that we’ve found it) tofu, or, for Emma, eggs, with whatever veggies I happen to have. I’m also going to start making soups now that the cooler weather is here. But cooking on a hot plate is a new experience for me, as are so many other things here.