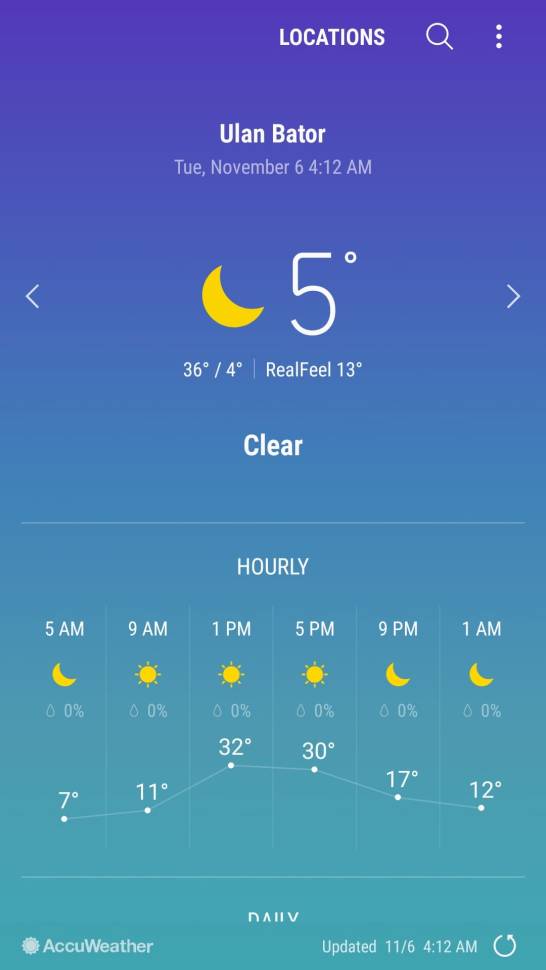 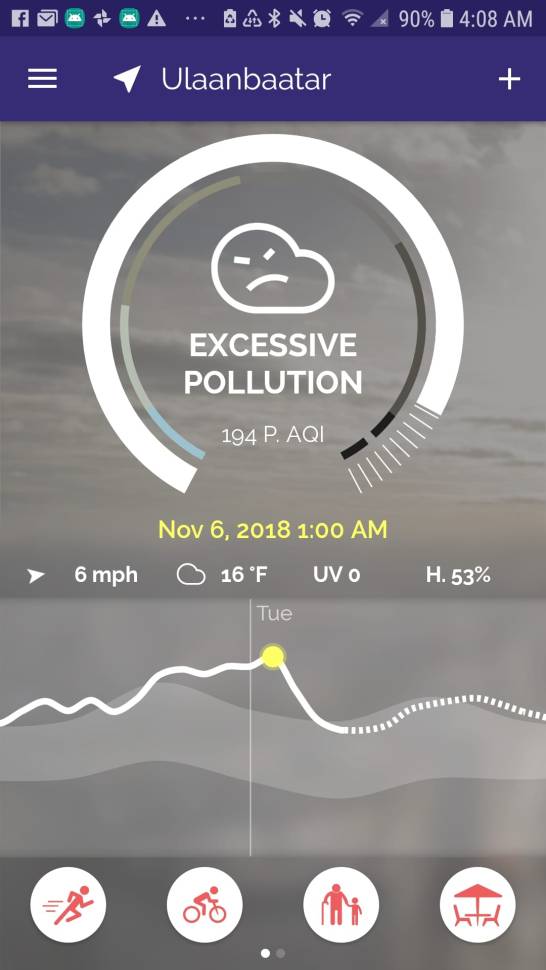 Lately I’ve been waking up at about 3 am to the smell of smoke. After living in southern California so long, I always think Wildfire! Then I remember where I am, and what it really means.

Ulaanbaatar has a couple of distinctions: It’s the coldest capital city in the world, with temperatures dipping down to -40 degrees Celsius in the winter, and its average annual temperature is also below freezing (-2.4° C). For a couple of winter months, it’s also one of the most polluted cities in the world, with air quality five times worse than Beijing’s on a bad day. These two facts are connected, since January and February are the coldest months, and the most polluted. The smoke I’m smelling early in the morning is from home heaters, which burn wood and raw coal, and in poorer neighborhoods, old tires, plastic, and other waste.

We knew about Mongolia’s problem with air pollution before we came and brought a supply of pollution masks designed to filter out particulates, which are the most serious problem (as I’ll explain in a bit). Emma’s school here in UB also sold pollution masks back in October, so we bought a couple of those, too, since they were billed as filtering not only fine particulates, but also viruses and allergens. Another teacher here advised me to buy indoor air filters for our apartment, and now I know why. We’ll be doing that this weekend. They’ll go along with the humidifiers we already bought because the air is so dry. 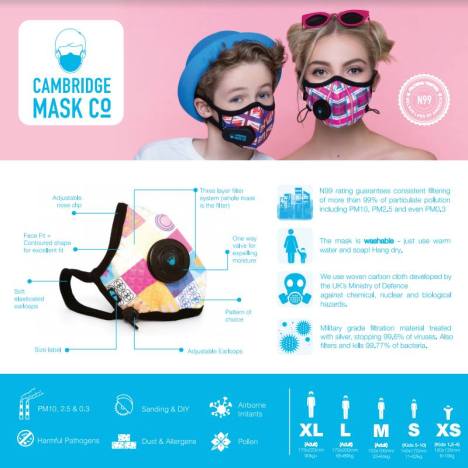 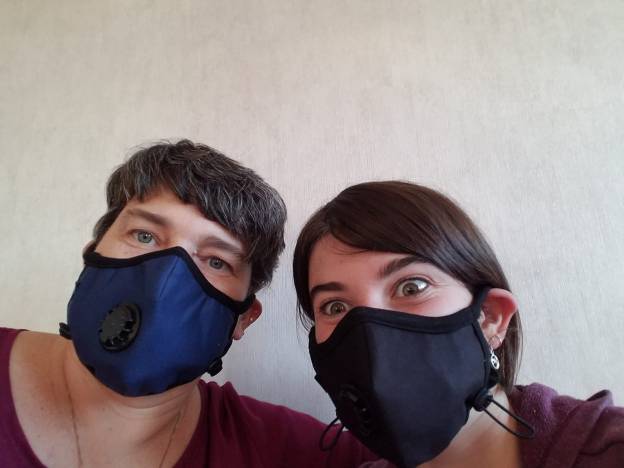 The air pollution comes from a few different sources, including blowing dust from the nearby desert and unpaved streets in the city, lack of vegetation in the city, coal-burning power plants, and vehicles. But the worst source in the winter time, according to an air quality analysis by the World Bank, is the home heating smoke from hundreds of thousands of ger (yurts) that have sprung up around the outskirts of the city. 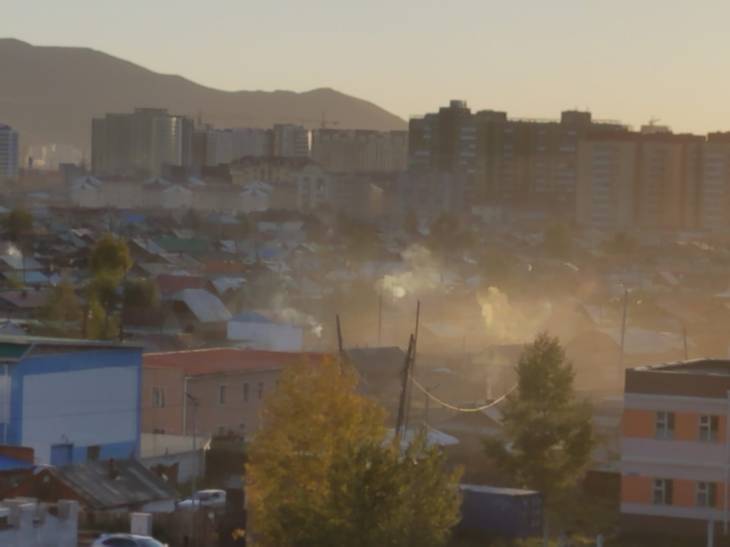 Smoke rising from the residential neighborhood next to MIU 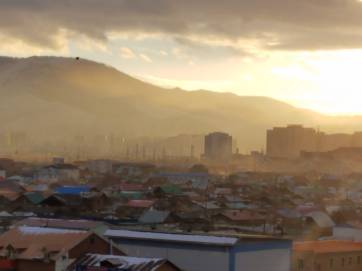 Pollution haze glowing in the sunset 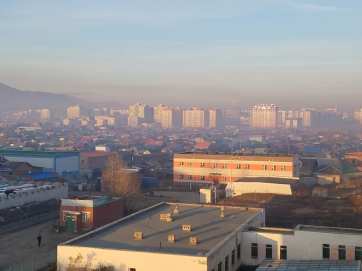 People have been flocking to UB from the countryside for years, as herders experience catastrophic livestock losses because of extreme climate events and loss of grazing lands. Dzud is the name for an extremely dry summer followed by an extreme winter, causing massive livestock deaths. There have been several of these already in this century, and as people lose their livestock, they move to the city to find work. Many of them have little money, so they set up their ger in informal settlements that are not connected to the city’s infrastructure (power grid, heating system, water, sewage). During the winter, people burn whatever they can to keep warm, and this has caused a tremendous increase in air pollution in the coldest months.

Because the city of Ulaanbaatar sits in a depression between mountains, the air pollution accumulates during the winter as well. My department secretary told me that in January, you can’t even see the nearby buildings. I’ve come to enjoy our view of the mountains from our 5th floor apartment, but it’s getting hazier every day. The haze comes from particulates, which are microscopic bits of pollution that are suspended in the air. Breathing particulates, especially long-term, is bad. They can travel deep into the lungs, worsening asthma, heart disease, and other life-threatening illnesses. Places with a lot of particulate pollution have higher rates of lung cancer, as well. But the biggest problem is among babies, young children, and pregnant women, who are all more susceptible to pollution’s effects. Air pollution causes around 130 premature deaths among children each year.

Organizations like the World Bank are working with the Mongolian government to reduce the air pollution, with modest results. They are promoting the use of energy-efficient stoves for ger, helping families to insulate their houses, and even promoting the sale of hybrid cars—I was surprised at the number of Priuses here, many more than I see on the streets of southern California. The ger settlements are still growing; almost half of Mongolians now live in Ulaanbaataar, and almost a quarter of the country’s population live in the ger districts. Connecting those people to better energy sources is crucial to solving the air pollution problem. Mongolia has a lot of potential for solar and wind power, and those are starting to be developed. 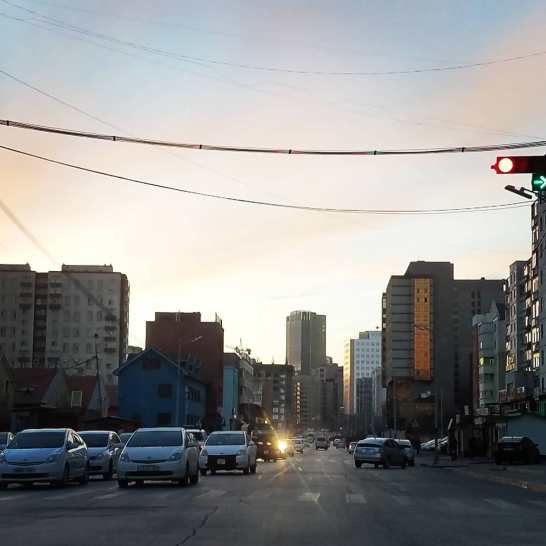 Priuses in the city 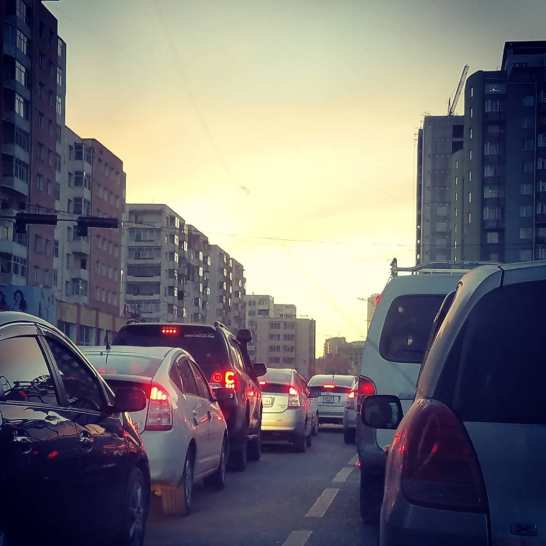 In the meanwhile, I’ll probably be writing more about this in the coming months, as temperatures drop and pollution levels rise. Emma and I are fortunate, because we have the resources to afford air filters and masks, and we can also leave if our health is badly affected. The people I worry about more are the people in the ger districts, who have no choice and few resources to improve their living conditions.

4 thoughts on “Winter is coming”